Born to soar, eagles fly high in the sky.

The adapted story is told of an eagle who was raised on a chicken farm. On a beautiful day, a farmer found an eagle’s egg buried in bushes. Fascinated, the farmer quickly took the egg and placed it in a chicken coop among the eggs of nesting hens. The captured eagle’s egg was, consequently, hatched among a brood of domestic chickens. Born to soar, yet constrained by his environment this baby eagle soon learned to live a grounded life.

Impressed by a majestic bird he saw flying in the sky, he inquired about it.  “Who is this bird of great strength”, he asked his fellow chickens. “An eagle, king of the birds”, they replied.  “Born to soar, eagles belong to the sky. We are chickens, earth bound; we will never fly as high as an eagle.” In an of itself, the response from the chickens made the eagle put a lid on thinking outside of his limitations.

What are your limitations?

Jolted by the image of a majestic bird, the eagle’s internal switch flicked. And, what could have been a glorious moment of rebirth and unbridled imagination, all too quickly reinforced to the curious eagle, “you are and will always be a chicken”.

The unfortunate turn of event, left the eagle stuck in a mindset of limitations because his socialization.  Born to soar, but perpetually grounded. Created to fly high in the sky, but relegated in a barn life as a domestic chicken. He allowed the people around him to dictate the course of his life.  The eagle did not see himself in his true identity. His potential, progress and ability was stymied by well meaning chickens. As a result, the misinformed eagle continued to live as a chicken until the day he died.

If your answer was yes to some or all of the questions, it is time assess where you are.

Now don’t get me wrong, I am not discriminating against chickens. Chickens are wonderful, especially a tasty meal of delicious finger licking fried chicken. Hmmm Hmmm good! However, we are talking about living up to your true potential.

What would life be if we did not have the courage to attempt anything?

If you have ever questioned or yearned to do more, then maybe it time to break out of your proverbial boxed mindset.

You will never experience your greatness until you push the boundaries of your capabilities. God placed gifts inside of you to bless the world. If you hide away these gifts because you believe a lie about yourself, no one will share in the treasure God placed in you.

You were born to soar!  Don’t just stay there and die. Rise Up and Soar like an Eagle!

I Accept Me, I Am Different 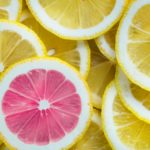 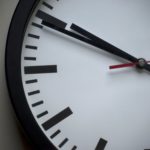 Identifying a Moment of Significance