“Dream big, work hard and make it happen.” Dreams are given by God to be fulfilled.  Each one of us has a secret desire to accomplish a significant feat before we die.  Some of us articulate our dreams, while others abort it in our minds, for the sake that the magnitude of the dreams may seem ridiculous.

Every dream has the potential to be great given the right climate for success.  Allow yourself permission to dream; and, do not stifle it with myopic views of life.  Dream Big! You are essentially what you think; the fruit of your thought life will speak for itself.  Many persons are living way below their potential.  Inside of each of us is a seed of greatness.  You could be carrying a song, a piece of poetry, a book, an invention, a business idea that could change the world around you.

Failure to Dream is a Failure to see Possibilities

What is the worst thing that could ever happen if you refuse to expand your dreams? Frankly speaking, nothing, except the fact that you would rob yourself the opportunity to explore your untapped potential.  Why not engage your thoughts and allow yourself to break out of the cocoon of the comfort zone you built in your head.  When we stick to our comfort zones we never challenge ourselves to be better and do better mostly because we are fearful of failing or possess sheer laziness to try.

Life is filled with endless possibilities.  The late Dr. Myles Munroe once commented that the poorest man in the world is a man without a dream.  He also said “the graveyard is the richest place on the surface of the earth because there you will see books that were never published, ideas that were not harnessed, songs that were not sung, and drama pieces that were never acted.”  Could this be you? What would the graveyard say about you after you expire from this earth?  You were a person who lived and died without fulfilling your dreams.  You failed to share your gifts with the world.  Before going to the next paragraph, stop and take stock of your life to date.

Dreams Give Sight to your Thoughts

To be able to dream is the act of giving sight to your thoughts.  If you can see it you can believe it; and if you are able to believe in your dreams then possibility of accomplishing your dreams is incredibly amazing.  There are many persons who engaged their thoughts, acted on it and became successful as a result.  The solution to living a dream is to be able to visualize it even while living in obscurity.

Oprah persevered and overcame overwhelming severe odds before catapulting to stardom.  She is the renowned Queen of Talk Show Hosting and built her (Oprah Winfrey Network) OWN Television Network which is shown in millions of homes across the world.  Abraham Lincoln had a history of failure in politics before assuming the role of the 16th President of the United States of America.  Albert Einstein known for his work theory of relativity in physics was once considered a failure also.  There are many more stories about a lot of people, but the one thing they all had in common was a dream to fulfill purpose irrespective of whatever they faced.

Start Where You Are

You may be intimidated the big names such as Oprah or Abraham Lincoln. Actually, they were once ordinary people who became successful at living their dreams.  They were not overnight sensations. Therefore, the important thing is to start right where you are at.

You and I have been given a sphere of influence to impact.  Look at your immediate surroundings – neighbours, friendships, family, co-workers and so on. Start somewhere, dream big!

The fantastic thing is living out your dreams may impact one person, who in turn impacts millions.  The important lesson is to engage your dreams and discover what’s possible.

Hang around the right people.

Go there – expand the borders of your thinking!

7 Easy Ideas to Pamper You 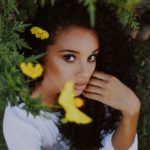 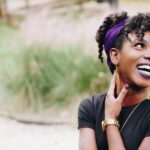 How to Live Comfortable in Your Own Skin